Nez Perce National Historical Park is unique because it comprises 38 sites stretching across four states, not even including an 1877 incident inside Wyoming’s Yellowstone National Park.  Many of the locations (as well as Big Hole National Battlefield) cover the War of 1877, when a portion of the tribe fled more than 1,000 miles from Oregon towards the Canadian border only to be stopped 40 miles short by the U.S. Army at Bear Paw Battlefield in Montana.  Under the leadership of legendary Chief Joseph they crossed the Rocky Mountains at Lolo Pass, made famous by the Lewis and Clark Expedition that the tribe assisted in 1805.

The main National Park Service (NPS) visitor center is in Spalding, Idaho on the Nez Perce Indian Reservation where the “heart of the monster” resides.  According to legend, after Coyote slew the monster that inhaled all the people, its heart and liver came to rest on the banks of the Clearwater River.  This park is also unique because the Nez Perce remain an active tribe with a strong sense of community, as documented in the excellent new film at the visitor center.  Highway 12 follows the beautiful Clearwater River through northern Idaho and provides access points for the unpaved Lolo Motorway (a section of the Nez Perce National Historical Trail) and its many scenic overlooks.

Nez Perce National Historical Trail stretches 1,170 miles from Oregon to Montana, ending at the NPS site at Bear Paw Battlefield where a five-day fight finally led to the tribe’s surrender in October 1877.

At a roadside pullout on Highway 95 in Idaho, the NPS interprets White Bird Battlefield where 34 U.S. Army soldiers were killed on June 17, 1877 escalating the U.S. government’s conflict with the Nez Perce into a war.

Most of the major roads are paved, with the notable exception of the Lolo Motorway which requires a high clearance vehicle (and four-wheel drive on its western end).

There are camping opportunities ranging from dispersed to developed located throughout Clearwater, Nez Perce, and Wallowa-Whitman National Forests.

Explore More – After the 1863 “Steal Treaty” reduced the Nez Perce Reservation by 90%, what was the 1887 federal law that allowed another 90% to end up in white ownership? 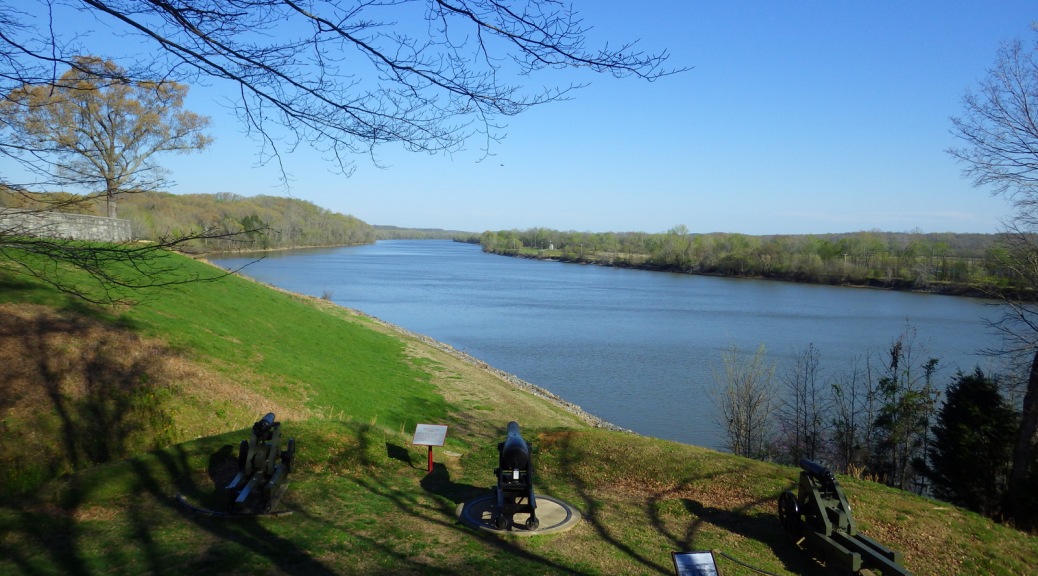 At least 22 of the 419 units in the National Park Service (NPS) system deal directly with the Civil War and a few others are related (like Rock Creek Park and Fort Monroe National Monument).  This does not even take into account the multiple sites devoted to Abraham Lincoln.  While we have not been to all of them yet, this is our ranking of our favorite NPS sites dedicated to remembering the Civil War.  Click here to see all of our Top 10 lists, including our favorite Civil War books and films.

…and finally, our #1 NPS site dedicated to the Civil War:

Richmond, Virginia was the capital of the Confederate States of America during the Civil War, located only 110 miles south of Washington, D.C.  The heavily fortified city repelled Union attacks in 1862 and 1864, but was abandoned following the retreat from Petersburg on April 2, 1865.  Richmond National Battlefield Park is composed of thirteen units connected by an 80-mile driving tour, some of which are only staffed seasonally.  The main National Park Service (NPS) visitor center at Tredegar Iron Works is located near the historic Virginia capitol building and not far from Maggie L. Walker National Historic Site.

The modern NPS visitor center is located downtown inside the Tredegar Iron Works on the Canal Walk.  During the war, this foundry produced almost 1,100 cannons, as well as armor plating for ironclad gunboats.  Today the stabilized and enclosed remains of Tredegar Iron Works offer three stories of exhibits, including a film and several interactive multimedia displays.  The site of the June 1864 Battle of Cold Harbor has a year-round visitor center northeast of Richmond.  We also highly recommend a stop at the Chimborazo Medical Museum, which covers an often overlooked aspect of a war that claimed 620,000 soldiers’ lives, many from disease.

The stabilized brick walls of Tredegar Iron Works are an interesting subject for photographs.  The foundry was protected by its workers from destruction by the retreating Confederate army on April 2, 1865.  This proved important during Reconstruction after the war.

None except for parking at Tredegar Iron Works

Explore More –Opened in October 1861, how many sick and wounded soldiers were treated at Chimborazo Hospital (with its 3,000 bed capacity and 20% mortality rate) by the end of the Civil War?

There are probably not many places on the list of top 50 most visited units in the National Park Service (NPS) system that you have never heard of, but Kennesaw Mountain National Battlefield Park may be one.  Located in a suburb of Atlanta, Georgia, this 2,923-acre park receives more than 2.3-million visitors annually.  The park memorializes a Civil War battlefield on General Sherman’s “scorched earth” march to Atlanta in 1864 and is now surrounded by a heavily-populated suburb and a university.  Watch for pedestrians on the road to the top of the 700-foot tall Kennesaw Mountain.

You can drive to the cannons and earthworks on top of Kennesaw Mountain when the shuttle bus is not running on weekdays, but most recreationists walk the road or trails to get there.  Inside the NPS visitor center at the 700-foot hill’s base, you will learn about the Atlanta Campaign of 1864 when Union General William Tecumseh Sherman led 100,000 troops out of Chattanooga, Tennessee on the “March to the Sea.”  After 5,350 soldiers died at Kennesaw Mountain, he decided to just go around it on his way to the city, causing the Confederates to abandon their fortifications there.  If you do drive to the top, you will need to go around many pedestrians and bikers, too.

There are 19.7 miles of hiking trails, but we found that most visitors just walked or biked down the center of the paved road to the top.

$5 per vehicle or America the Beautiful pass

The road to the top is paved, but there is limited parking up there so a shuttle bus runs on weekends.

There are several campgrounds on nearby Lake Altoona managed by the U.S. Army Corps of Engineers.  Red Top Mountain State Park is also located north of Kennesaw, Georgia.

Explore More – The attack on Kennesaw Mountain occurred on June 27, 1864, but when did the Union army finally occupy Atlanta?

Antietam National Battlefield was established in 1890 to commemorate those who fought in Sharpsburg, Maryland on September 17, 1862, the bloodiest single day in American military history with more than 23,000 total casualties.  In fact, it was in the aftermath of Antietam that Clara Barton earned her nickname “The Angel of the Battlefield” before going on to found the American Red Cross in 1881.  The battle was a draw, but together with a Union victory at Harpers Ferry stopped the Confederate advance north and provided the impetus for President Lincoln’s Emancipation Proclamation.

Your entrance fee allows you access to the museum and eight-mile driving tour, as well as 3,200 acres of beautiful Maryland countryside.  Even though this site holds a grisly honor, today it is a charming open space with picturesque bridges and monuments, perfect for a pleasant walk or bike ride.  During our visit, Burnside Bridge was being rebuilt after it collapsed in 2014.  Overall, it is a much quieter spot than nearby Gettysburg National Military Park.

The park has more than doubled in size since 1990 and there are walking trails accessible all along the driving tour route.  At a minimum, you should get out of the car to walk “Bloody Lane” before climbing up the Observation Tower.

A split-rail fence provided cover for Confederate troops on Sunken Road, also known as “Bloody Lane.”  A nice view of it and the Maryland countryside is offered from the Observation Tower.

$20 per vehicle or America the Beautiful pass

Reservations are required for organized groups to camp within the park, but there is a walk-in campground located five miles south within Chesapeake and Ohio Canal National Historical Park.  Greenbrier State Park offers a developed campground about 15 miles away.

Explore More – How many Union soldiers are interred at Antietam National Cemetery (alongside veterans from four other wars)?