South of Chicago, Illinois, the town of Pullman was built in 1880 as one of the first master-planned communities in the nation.  It was constructed by the Pullman Palace Car Company for its employees to rent houses with modern amenities typically unavailable in the city.  Due to the grassroots efforts of its residents over the years, the town was spared demolition in the 1960s and it remains incredibly well-preserved architecturally.  Pullman National Monument was established in February 2015 by the executive order of former Chicago resident Barack Obama. 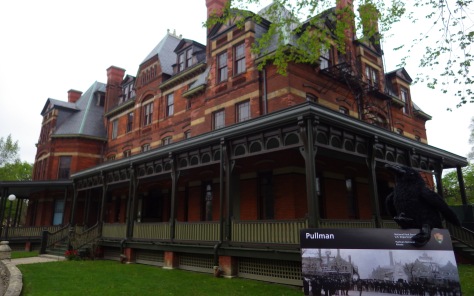 The National Park Service (NPS) visitor center in the neighborhood shows a 20-minute film and offers walking tours.  You can also take a self-guided tour past the historic homes, most of which remain private residences.  More buildings may open to the public in the coming years as the NPS develops this unique historical site in cooperation with its current inhabitants.

Greenstone Church was made with serpentine quarried in Pennsylvania, giving it an interesting color that doesn’t even require a photo filter.  Also, it has gargoyles. 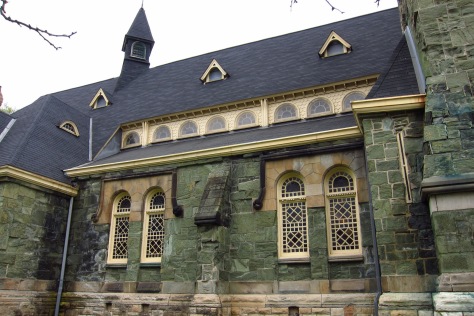 Open year round, but Chicago is known for its harsh and windy winters.

All roads are paved and there is a free parking lot at the visitor center.