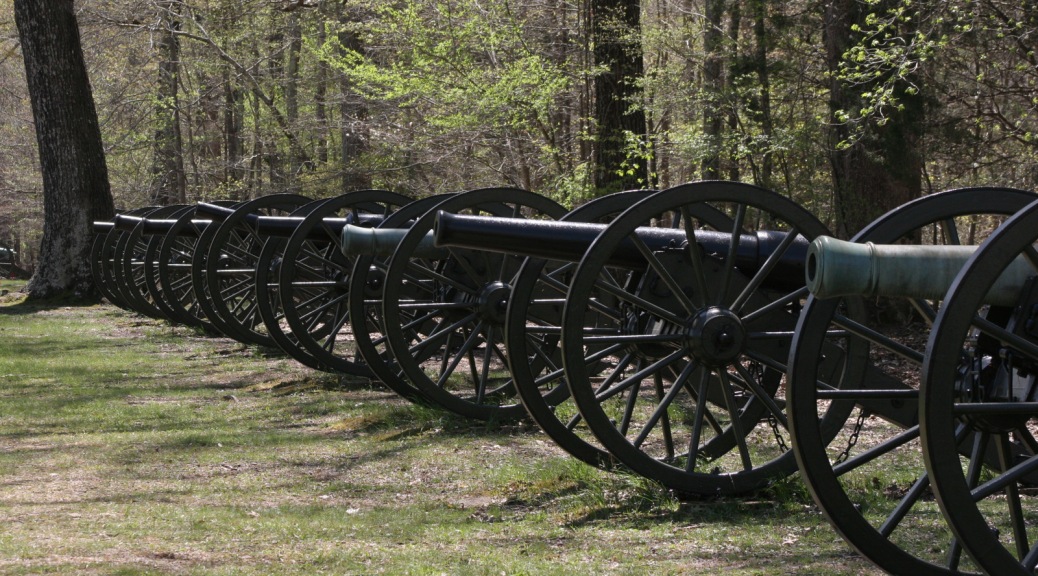 This summer, we are covering the many National Park Service (NPS) sites dedicated to remembering the Civil War, the bloodiest conflict in American history with the greatest outcome (freedom for the country’s enslaved people).  We previously listed our Top 10 films about the war and you may recognize some of the same titles in our Top 10 Civil War novels (click here to see all our Top 10 lists).

Just try not to picture Jude Law and Nicole Kidman while reading this novel, unless you haven’t seen the movie yet.

Before he went on to become a famous San Francisco newspaperman, Bierce served in the Union army.

A novelization of the bloody Tennessee battle by a leading historian featured prominently in Ken Burns’ documentary The Civil War.

Andersonville was an infamous prison camp and is now a National Park Service site.

The Battle of Antietam is the setting for the climax of this novel by the author of Schindler’s List.

Picks up where his father’s (and our #1) novel leaves off after Gettysburg.

Join Sherman’s march from Georgia to North Carolina alongside a fascinating cast of characters.

The origin of two legendary characters of the silver screen: Scarlett O’Hara and Rhett Butler.

A classic that you might have been forced to read in grade school, but is worth a reread.

…and finally our #1 novel about the American Civil War:

This book about Gettysburg also made it to #1 on our Top 10 Novels set in a National Park list.

This story of slavery is not about the Civil War, but it may have helped start it.

Some of Whitman’s best poems were inspired by his time as a nurse during the war.

Little Women by Louisa May Alcott (1868)

The Civil War provides the backdrop for Louisa May Alcott’s masterpiece.